Resolving Anger in a Healthy Way 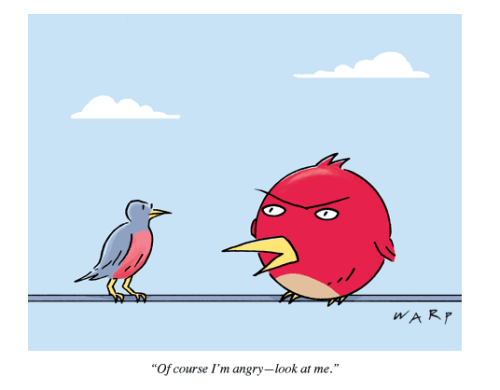 Many of us struggle to manage anger in a way that isn’t destructive to ourselves or others. Missing the appropriate script, patients often ask me what it means to deal with anger in a healthy way. My hope is to give some practical insight on the topic of anger and provide guidance on how to move through it in a constructive fashion.

It is important to recognize that anger serves a protective function. It’s a kind of alarm system of the psyche, letting us know when someone or something has transgressed a boundary. This means that honoring your anger is an important and healthy act of self-care. In fact, it has been suggested that suppressing your anger can cause a variety of physical and mental health issues. According to Gabor Maté, M. D., author of When the Body Says No: Understanding the Stress-Disease Connection, the suppression of anger can lead to the suppression of the body’s own self-protective systems, resulting in increased risk for illness and disease. Furthermore, the link between suppressed anger and depression, as well as a number of psychosomatic symptoms (which may manifest as migraines or back pain for instance) are well-documented. Evidently, taking angry feelings seriously and resolving them in a healthy manner plays an important role in supporting mental and physical well-being.

The problem that most people experience when dealing with anger is in the aftermath of the event that caused the anger in the first place. They continue to re-hash the event again and again, perhaps fantasizing about alternative ways they could have handled the situation, or telling themselves some kind of story about why this has happened to them specifically (making it personal). Whatever the case may be, the event and the resulting feelings linger long after the initial injury has occurred. This is where anger turns into resentment which holds the body and mind in a cycle of mental and physical agitation.

To break free from this self-destructive cycle of resentment, the first step is to acknowledge the anger and understand the source of it. “I am angry because…” People often get stuck ruminating about the original event because they have not established a clear boundary that would prevent the event from re-occurring. Being clear about what has happened fosters an understanding about what protective measures can be taken (what boundaries can be set or re-established) to prevent a future transgression. The question to ask is: “What can I do to prevent this from happening again?” Taking action based on the information revealed allows the energy created by the anger to be redirected in a constructive fashion and so re-establishes a sense of safety and control—feelings essential to restoring balance to our inner worlds.

The problem that many people, in particular women, face in this process is that they are not consciously aware of their anger in the moment. This shutting down of the psyche’s alarm system can be a result of messages received about the expression of anger when growing up. When, for example, we have been scolded for being angry, the message is that love is withdrawn when anger is expressed. Or perhaps we have been witness to destructive expressions of anger or rage and so learned that anger is dangerous and can hurt people we love and need. Similarly, people who have suffered chronic intrusions often do not consciously realize that a given transgression has occurred, and they automatically/unconsciously repress their anger. This can result in chronic unconscious anger leading to, as previously discussed, negative mental and physical health consequences. Working with a skilled therapist can help bring awareness to these unconscious patterns of behavior and help resolve the underlying issues that chronically interrupt a healthy processing of anger.